A Bridge That Could Break the Heart of the Fraser

A Bridge That Could Break the Heart of the Fraser 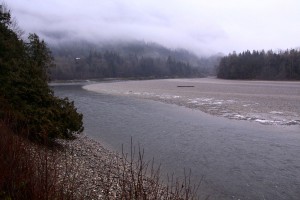 The area known as the Heart of the Fraser stretches from Hope to Mission in the Fraser Valley. Also referred to as the gravel reach of the river this area provides important habitat for Pacific salmon species and white sturgeon. Pink and chum salmon spawn in this stretch of the river, and chinook, coho, and sockeye migrate through the area as juveniles and adults. In 2003,over 10 million pinks spawned in the Heart of the Fraser. White sturgeon also rely heavily on the gravel reach for spawning habitat and food resources in the autumn and winter months.

A proposal, to construct a bridge from the mainland to Herrling Island, has been submitted to the provincial government. If approved, the construction of a bridge could result in the removal and alteration of the river bottom, with potential losses of critically important salmon and sturgeon habitat.

Three of these island complexes, known as Strawberry, Carey, and Herrling, are privately owned and have been utilized to cultivate softwood trees, such as cottonwoods, for pulp and paper production. The natural Fraser flooding cycle replenishes the tree’s soil nutrients, and thus the land wasn’t modified to restrict higher seasonal flows.

The islands have been rezoned for agricultural use–raising concerns about the removal of crucial riparian habitat, which provides bank stabilization and refuge and shade for wild fish. On the Herrling island complex, it is estimated that as much as 7 km of land has been removed or disturbed.

Herrling Island is one of the most productive sturgeon spawning grounds in the lower Fraser, with over 250 fish returning in 2014.

The nutrient rich gravel channels and ponds surrounding these islands are key sturgeon spawning habitat and are also used by juvenile salmon before migrating to the Pacific ocean.

One small pond no bigger than a tennis court could be home to thousands of juvenile chinook and sockeye salmon over the winter months.

The conversion of this important habitat to agricultural use may require flood prevention measures, such as floodgates and land and river flow alteration, with potential devastating impacts to this highly productive ecosystem.

Chum salmon prefer to spawn in the side channels between the mainland and Herrling Island. The proposed changes in the substratum and flow of the river is likely to have a negative effect on the spawning success of chum salmon.

Pink salmon, known to spawn in the main channel of the river, have also been declining in recent years. Autumn of 2017 saw fewer than 3.5 million returning pink salmon to the Fraser. This is a drastic drop from the the 10 million pink salmon that returned in 2003. The changes to the islands in the Heart of the Fraser could adversely impact declining populations.

Marvin Rosenau of BCIT has called for multiple levels of environmental assessment before this project can proceed. Currently, the provincial and federal government are reviewing the applications and the potential impacts to fish and fish habitat.

Should development result in alteration or destruction to fish habitat and the introduction of deleterious substances, this could fall under the federal Fisheries Act.

The B.C. Wildlife Federation is looking into ways to purchase the three islands for conservation.

How you can help

Show decision makers that you care about wild salmon habitat. Visit HeartoftheFraser.ca, sign the pledge and call your MLA. 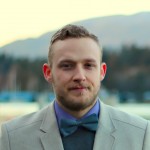 Wade VanderWal recently completed his undergraduate degree in Biological Sciences at Simon Fraser University. He is passionate about habitat restoration and biological research and has worked as a field technician for AquaTerra Environmental Ltd.