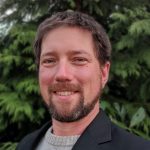 The Canadian and B.C. governments both released their budgets last week and they couldn’t have been more different in their support for wild salmon. Provincial finance minister Selina Robinson’s budget offered up nothing new for salmon or salmon habitat. Watershed Watch and our allies in the Code Blue BC campaign were particularly disappointed to see nothing put toward the Watershed Security Fund that Premier Horgan promised to “protect clean water.”

Meanwhile in Ottawa, federal finance minister Chrystia Freeland delivered one of the most significant budgets for wild salmon I have ever seen in the 20 or so years I’ve been paying attention to such things. Given the record low salmon returns we are seeing, it is desperately needed. The federal budget is light on details and how good or bad these commitments are depends on how they hit the ground, but here are some highlights.

The feds have committed $647 million over five years to do the following:

“Stabilize and conserve wild Pacific salmon populations, including through investment in research, new hatchery facilities, and habitat restoration.”  This is good. This money should go to recovering endangered salmon runs, as required under the new Fisheries Act. However, to truly support the recovery of wild salmon, new hatcheries should only be built where extreme interventions are needed to prevent extinction. Funding habitat restoration is a much wiser use of taxpayer dollars, particularly when focused on areas that support the most endangered populations.

“Create a Pacific Salmon Secretariat and Restoration Centre of Expertise.” Depending on how it rolls out, this could be anything from a game changer to a disaster. Whatever happens, it must be arms-length from government, led by respected independent experts, and not dominated by stakeholders. For lessons on what not to do, check out the B.C. government’s similar failed recent attempt to develop a “made-in-B.C. wild salmon strategy.”

“Improve management of fisheries.” This is very important. We can’t manage our fisheries properly because we don’t have good enough data on how many fish we have in our streams, who’s catching them, how many are being kept and where, and how many released fish survive to spawn. At the very least, we should bring catch monitoring, enforcement and stock assessment up to national and international standards across all fishing sectors.

“Double the British Columbia Salmon Restoration and Innovation Fund with an additional $100 million.” This is a good commitment, provided it is spent wisely. And credit here also goes to the B.C. government for significant contributions to this fund. There are many worthy restoration and fishery sustainability projects that need support. For example, this fund previously supported our Resilient Waters project with MakeWay Canada, scoping out high-priority restoration projects in the lower Fraser where flood structures are blocking vital salmon habitat. More funding will allow local governments and First Nations to get these high-priority projects done.

The federal budget also promised new funding that looks like it could be applied to salmon-friendly flood control and other infrastructure that affects wild fish and ecosystems. This is something we’ve been asking for. It includes “$1.4 billion over 12 years to top up the Disaster Mitigation and Adaptation Fund,” including “restoration of wetlands and shorelines,” and $200 million over three years to start a new natural infrastructure fund.

We’re not quite sure about the commitment for $20 million over two years for “consultation” on the government’s promise to come up with “a responsible plan to transition from open net-pen salmon farming in coastal British Columbia waters by 2025.” Consultations are important, but they can also be an expensive delay tactic . Money also needs to be spent on supporting affected workers and developing truly sustainable industries in coastal communities. If you want to give the feds a nudge on getting fish farms out, fire off a quick email here.

There’s also $2.3 billion over 5 years to “(c)onserve up to 1 million square kilometres more land and inland waters to achieve Canada’s 25 per cent protected area by 2025 target, including through national wildlife areas, and Indigenous Protected and Conserved Areas,” along with other worthy commitments around land and water protection. We can think of some important salmon habitats that need protection, such as the Heart of the Fraser.

These impressive budget commitments are just a starting point. They need to be taken in the context of the brutal cuts we’ve seen to salmon and fishery management over the past couple decades, but if spent wisely, these commitments could make a real difference in getting more salmon back into our streams and rivers. So as always, Watershed Watch and our allies will be watching our leaders like eagles watching fish, and working with them, to make sure they get it right.