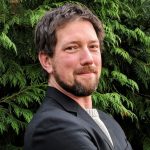 Last week, Premier John Horgan appointed his new cabinet and gave them their marching orders in the form of mandate letters. They’re a mixed bag.

The mandate letters contain some great commitments on fish, wildlife and climate, and some very capable people have been appointed to deliver on those commitments. There are also some big disappointments.

We are very pleased to see commitments to a watershed security strategy and a watershed security fund to support local watershed governance, monitoring and restoration projects. We worked hard with our allies in our CodeBlue BC campaign to get these things on the politicians’ radar. Now we need to make sure they not only happen, but that they result in real improvements for wild fish and our watersheds.

We are also encouraged to see a commitment to develop a biodiversity strategy, which would also pertain to wild salmon. However, the previous commitment to develop a provincial species-at-risk act has been axed and the biodiversity strategy seems to be the consolation prize. There’s also a commitment for a new provincial coastal strategy. All of these promised strategies—watershed security, biodiversity, and coastal—will only be as good as we make them, and you can bet that industry lobbyists and dinosaurs within government will be defending the status quo.

The commitment to double the B.C. Salmon Restoration and Innovation Fund is great, but we need to make sure that funding various salmon projects around the province does not take the place of properly funding core government functions of monitoring and protecting wild salmon.

We are hopeful about the appointment of Nathan Cullen as Minister of State for Lands and Natural Resource Operations; a newly created post. He will oversee the reorganization of the Ministry of Forests, Lands, Natural Resource Operations & Rural Development and we are watching this keenly as many of the decisions that affect wild salmon habitat are made by that giant beast of a ministry.

The new Parliamentary Secretary role created for fisheries and aquaculture is interesting. We are happy to see protecting wild salmon habitat is a key part of the role and Fin Donnelly appointed to carry it out. He has a strong record of standing up for wild salmon in his previous roles and knows the file well.

My main question is, will Premier Horgan let him do his job? Last term, the Premier’s Office tightly controlled anything to do with wild salmon. Unfortunately, they often took a regressive approach, supporting unsustainable approaches to fishing and artificial hatcheries.

One of the tasks for this new role is to “support innovation at fish hatcheries”. This concerns us because Premier Horgan and his chief of staff, Geoff Meggs, have previously stated they want to expand hatchery production and have ignored the overwhelming scientific evidence on the risks hatcheries pose to wild salmon. Not all hatcheries are bad, but the only innovations the premier should be pushing are those that reduce damage to wild runs.

In other bad news, their only election promise on fish farms has disappeared. During their last term, this government struck a landmark agreement with First Nations in the Broughton Archipelago, to remove 20 fish farms from the Nations’ territories. In this election, the BC NDP promised to expand this successful approach to other areas. This commitment was dropped altogether in yesterday’s mandate letters. Fortunately, the province’s new policy, announced in 2018, still stands: all farms must have their host First Nation’s consent in order to have their provincial license renewed. Meanwhile, the federal government has committed to working with the province to transition all of B.C.’s open-net salmon farms to closed-containment by 2025. The province will need to step up and do their part.

Last but not least, George Heyman has been re-appointed Minister of Environment and Climate Change Strategy; a solid choice. Minister Heyman’s mandate letter includes specific targets and initiatives to reduce B.C.’s greenhouse gas emissions. Our salmon runs are being hammered by global warming and we need to dramatically reduce our heat-trapping air pollution if we want wild salmon around 100 years from now. The question is, can this government achieve these targets while continuing to subsidize fracking and other highly polluting fossil fuel industries? I’m not betting on it.

Now that the new cabinet ministers and their mandates are in place, Watershed Watch will be watching closely, holding them to account on their promises and working with them to ensure real change on the ground. That means getting fish farms out of the water, protecting and restoring habitat, fishing smarter and taking a science-based approach to salmon hatcheries.

It has been one heck of a year for all of us, including wild salmon. Let’s finish 2020 standing strong together for the fish and the waters that we love.