Aaron Hill: The election, wild salmon, and the fight ahead 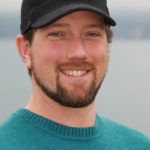 While the final seat tally for B.C.’s election won’t be known until mid-November, it’s clear John Horgan and the NDP will lead a majority government. So what does this mean for wild salmon?

In the previous term under Premier Horgan’s leadership we saw some important accomplishments. At the top of the list was their historic agreement with First Nations in the Broughton Archipelago to remove 17 factory salmon farms. They also partnered with the federal government to launch the BC Salmon Restoration and Innovation Fund and ponied up $27M in watershed restoration funding in their fall fiscal update. And despite its shortcomings, Clean BC is a nation-leading endeavour to tackle B.C.’s greenhouse gas emissions; important because climate change is a massive factor in the decline of B.C.’s wild salmon.

There was also a string of disappointments. In his attempt to develop a “made-in-B.C. wild salmon strategy,” (1) Premier Horgan appointed an advisory council dominated by coastal fishing industry interests. They promoted harmful status-quo fishing practices and an increase in the use of artificial hatcheries, ignoring documented scientific evidence (2) of the enduring risks hatcheries pose to wild salmon.

The province also failed to deliver a promised species-at-risk law and backed the federal government in their appalling decision not to protect endangered Fraser River steelhead salmon under Canada’s Species at Risk Act.

Under their last term, nothing much changed with respect to logging, mining, pipelines, tankers, fracking, and other activities that threaten salmon habitat across the province. And with massive subsidies for fossil fuel extraction, the greenhouse-gas reductions in their Clean BC plan are going to be difficult or impossible to achieve.

So what about the future? In the run-up to this election, Watershed Watch and many allies pushed hard to get commitments around industrial salmon farming, habitat restoration and watershed management.

The NDP committed to “protect and revitalize B.C.’s salmon populations by building on the successful Broughton process” and to “step up protection of fish habitat through [their] biodiversity strategy.” They also committed to “support innovation in fish hatcheries”; a rather vague commitment but concerning in light of previous comments by Premier Horgan in favour of factory-style salmon ranching, a practice known to harm wild salmon.

In response to our collaborative CodeBlueBC campaign, the NDP promised to “protect clean water in British Columbia by creating a watershed security strategy to plan, manage and protect local watersheds for the public good” and a Watershed Security Fund for “Indigenous, local, and regionally led clean water initiatives” that will “create good, sustainable, local jobs for British Columbians in watershed restoration, monitoring, technology, training, and education.”

They also promised to “make sure owners of large industrial projects are bonded moving forward, so that they – and not B.C. taxpayers – pay the full cost of environmental cleanup if their projects are abandoned.”

Aside from the hatchery issue, these are good commitments, but so far they are just words. The next step is turning these words into real action. As we experienced over the last three years, we won’t see meaningful action without sustained pressure from you, me and the thousands of people across this province who care about wild salmon and healthy watersheds.

Several of the NDP’s newly-elected MLAs have impressive conservation credentials and should be champions within government for clean water and wild salmon. But it’s the Premier who calls the shots and it’s up to us to hold him and his government to account for the next four years.

We are already pushing hard to ensure that the election commitments are reflected in ministerial mandate letters—the marching orders Premier Horgan will deliver to his newly appointed cabinet in November. And from there we will hound our leaders, and work with them, to make the management and funding decisions that produce real-life results for our fish and watersheds.