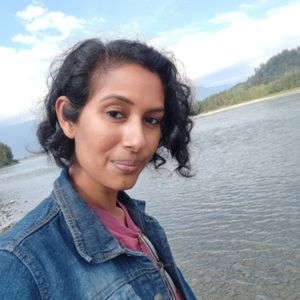 Earlier this year, shocking video footage exposed off-road vehicles destroying fish habitat at Gill Bar, across from the city of Chilliwack. Despite public outcry, this activity continues along the side channels and gravel islands of Gill Bar and Carey island, destroying in-stream habitat, potentially crushing endangered salmon and sturgeon eggs.

Unfortunately, DFO has failed to take meaningful action to stop this ongoing activity. As every level of government appears to be playing hot potato with this important stretch of river, we decided something needed to be done.

Watershed Watch reached out to the Four Wheel Drive Association of BC (4WDABC) who identify themselves as stewards of B.C.’s backyard. We were impressed with the association’s strong code of ethics which includes promises to “respect and protect the environment and the land, both public and private, [because] future use depends on responsible actions” and to “observe fish, game and trail rules.” For us, as salmon advocates, these statements offered common ground to start talking about sensitive salmon habitat at Gill Bar.

An initial letter and phone call led to an agreement to partner with the 4WDABC to host an educational weekend at Gill Bar for users to learn more about fish habitat and responsible off-road use. We are very excited about this unprecedented partnership. We are stronger when we work together to protect salmon and their habitat while maintaining safe and reasonable access for recreational users.

Many people who recreate in the Heart of the Fraser recognize the beauty and serenity of the area, and many even like to fish. Through celebrating this mutual connection to the outdoors, we can build understanding, stewardship and individual responsibility.

Our first joint educational weekend is this month with plans for more in the future!

Gill Bar is within the area known as the Heart of the Fraser, an expansive region that supports unique flora and fauna and over thirty-five species of fish, including Pacific salmon and endangered white sturgeon.

Watershed Watch and our partners are taking steps to protect the Heart of the Fraser. This most recent incident, and DFO’s failure to act to protect fish and their habitats, demonstrates the need for us to keep our governments accountable. We will have more information about this campaign later this year, but in the meantime, please sign the pledge to defend the Heart of the Fraser.