Fish farms granted an injunction. What does that really mean? 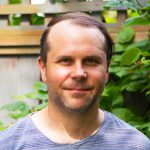 Over the long weekend, the Federal Court of Canada granted an injunction to fish farm giant MOWI that could allow them to restock two of their Discovery Islands sites. This is disappointing, but it isn’t the end of the world. Let me explain.

Back in December, the Minister of Fisheries announced that all salmon farms must be removed from the Discovery Islands by June 2022. She also announced “that no new fish of any size may be introduced into Discovery Islands facilities during this time.”

Of course, fish farm companies have been complaining ever since. They also applied for a judicial review—essentially a court review of the minister’s decision, to see if it was made fairly and appropriately. Watershed Watch and some of our colleagues also joined these court proceedings as intervenors about a month ago, represented by Ecojustice.

The first thing the factory fish farm companies sought was an injunction to allow them to transfer new fish into the Discovery Islands. The decision announced yesterday means the fish farm companies can apply for licences to transfer fish to sites in the Discovery Islands. It does not mean they can automatically restock these farms. They still need to get approval from the Minister of Fisheries and consultations with local First Nations should also happen.

This battle continues and we will be there in court to continue fighting for B.C.’s wild salmon through the ongoing judicial review.

This is a pivotal year for our campaign. The substantial majority of B.C. factory fish farm licences are up for renewal in June 2022. Over the next year, we’ll be calling for the Minister of Fisheries not to renew these salmon farm licences.