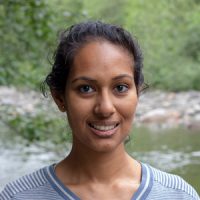 The Kennedy Pump Station in Pitt Meadows is a fish-killing machine. Located where the Katzie Slough meets the Pitt River, the largest pump station in Pitt Meadows helps keep the city dry, but also kills fish as it operates. The Katzie Slough is classified as salmon habitat and is important for over-wintering coho and rearing juvenile chinook and coho.

The pumps at Kennedy Pump Station are aging and need to be replaced. Watershed Watch and our allies have been demanding that the city replace the old fish-killing pumps with fish-friendly pumps such as those used in other places around the lower mainland, including Sturgeon Slough, Pitt Meadows. Unfortunately, in February 2020, Pitt Meadows city council voted for fish-killing pumps. Suspecting the city’s decision violated the Fisheries Act, we retained Ecojustice Canada to provide a legal opinion.

The lawyers at Ecojustice confirmed our suspicion, so we sent the City of Pitt Meadows a letter stating the use of fish-killing pumps may violate the new Fisheries Act. We asked them to reconsider their decision and replace this station with fish-friendlier pumps. Since then we’ve received two important responses.

Pitt Meadows responded to our letter by doubling down on their commitment to use fish-killing pumps and declaring there are little to no native fish or salmonids in the waterway. They also continued to use the Aquatic Invasive Species Regulation (AISR) as the reasoning for their decision to ensure invasive fish were not being transported into the Pitt or Fraser Rivers. You can read their letter here.

The city’s response confounded us. Using the AISR as the reason to approve fish-killing pumps doesn’t add up. The statement that there are no salmon in the slough is not true (based on a 2011 study), nor is it a reason to ever prevent salmon from returning. In fact, coho, Chinook, cutthroat trout, and the blue-listed brassy minnow have been found as recently as 2015 when the last studies were conducted. Salmon, even in limited numbers, are still moving into this waterway and risk being ground up by the pumps. Despite limitations such as poor water quality and habitat modifications, a 2013 study by Scott Resources found the slough still provides over-wintering habitat for coho salmon and cutthroat trout, and supports populations of native fish year-round. Upgrading the pump station to fish-friendly pumps is a logical next step to recreating a healthy waterway. Planned habitat restoration must also be part of the overall vision.

Just last week we received a letter from DFO confirming our position, and countering the city’s conclusion on the movement of invasive species. The letter clarified that the prohibition against transporting invasive fish under the regulations does not apply where invasive species are already present on both sides of the pump which, in this case, it is. Their letter also says that non-fish-friendly infrastructure can violate the prohibition of harm to fish under the federal Fisheries Act. DFO has the final say on protecting fish and must ensure the city’s plans cause no harm.

This issue is far from over and we continue to meet with federal and provincial elected officials and government staff. If this struggle has taught me anything, it’s the importance of our provincial and federal governments ensuring their funding programs for large capital projects (like pump stations) go towards win-win solutions for wild salmon, like fish-friendly flood control.  This way we can invest in capital projects that create good jobs while restoring wild salmon and making our farmlands and communities safer.

A decision by the Province to fund the Kennedy Pump Station can set a positive precedent for similar flood control upgrades across the region. Fish-friendlier solutions must be normalized and prioritized; if not, it will be a struggle every time aging flood control structures need to be upgraded. Salmon populations are already in steep decline and they cannot afford to continue to lose habitat. Our society cannot afford to invest in infrastructure that will be in place for decades and continues to harm wild salmon.

The Investing in Canada Infrastructure Program – British Columbia – Green Infrastructure – Environmental Quality, is a federal fund managed by the province. We expect a funding announcement by spring, 2021.