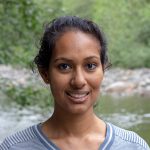 This week, we expected the Union of BC Municipalities (UBCM) to vote on Resolution NR16 – Flood Risk Mitigation Through Green Infrastructure and Natural Assets at their (virtual) AGM from September 22 – 24, 2020.

Over 1500 km of streams, sloughs and side channels in the lower Fraser River are impacted by archaic flood control structures that kill fish or block their access to these vital habitats. These structures need to be replaced or upgraded to protect our communities from flooding. Resolution NR16 asks the federal and provincial governments to require and fund nature-based solutions in flood management, a solution that will help rebuild endangered wild salmon populations, while securing good local jobs and protecting our communities from floods.

In just under a week, our supporters sent over 1100 letters from across the province in support of this resolution, and we were looking forward to hearing the result of the vote.

Unfortunately, due to the demands of using a new virtual platform, the UBCM conference ran out of time and were unable to finish voting on all resolutions, including the one we supported. I have heard that the remaining resolutions will be debated and voted on at the next UBCM executives meeting (date currently not set).

COVID-19 has thrown many curve-balls our way and this is just one more. Having connected with many city councillors  over the last few weeks, I was told first hand that your letters were being received and noted. Many also told me they supported the resolution and were planning to vote in favour!

Once a decision is made, we’ll let our supporters know. Thanks so much to everyone who has written letters and signed petitions about this issue over the years. Thanks to your efforts, this issue is getting some real traction.

A few weeks ago, the provincial budget committee recommended salmon-safe flood control for Budget 2021. A “yes” vote at UBCM from BC’s mayors and city councillors could tip the scales and ensure wild salmon habitats are prioritized in the next provincial budget.