Meghan Rooney: Notes from a summer in the field

Did you know over 1500 km of valuable salmon habitat in the Fraser Valley are blocked by outdated flood infrastructure? Watershed Watch has mapped over 150 sites along the Fraser River where flood gates and pumps prevent fish from accessing side channels and streams they once used for rearing and overwintering. 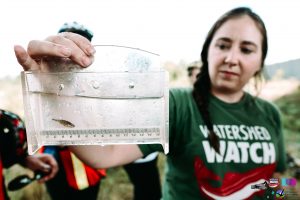 I spent my summer visiting over 70 of these sites to test the water quality and sample fish to help make the case for opening up these blocked habitats for salmon.

Over the course of the summer, with the help of volunteers and my field assistant, Elise, I explored the lower mainland, from Richmond to Chilliwack, spoke with residents about their local waterways, had one surprise encounter with a black bear and learned alot. Here are a few of my main takeaways.

These waterways are largely neglected 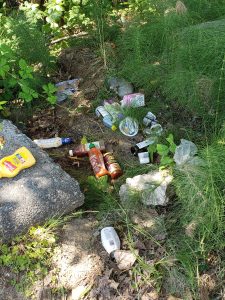 Contents of a fridge tossed into the bushes next to the Fraser River in New Westminster. Photo credit: Meghan Rooney

Many of these smaller streams have been heavily altered and have been thought of as drainage systems rather than habitat for fish and wildlife. Many waterways didn’t even have names, which made locating them a bit tricky!

Most of the streams I visited had been channelized and some look like man-made ditches. Many had garbage strewn on their banks or in the water. Sometimes there would be an oily sheen on the water’s surface, or an unpleasant odour, or dead sticklebacks floating on the surface.

But this was not the case at all the waterways I visited. Some have only been moderately impacted by human action. Others have active streamkeeper groups or others working to protect and restore the waterway for fish and wildlife. It would be amazing to more of these waterways receive the attention of a devoted streamkeeper group. The efforts of local citizens can make a huge difference. 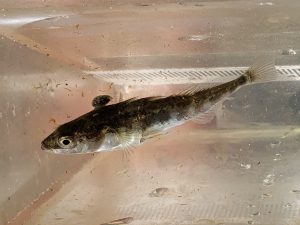 This stickleback (note the spines along its back) is from Crescent Slough in Richmond, and appears to have a parasite attached to its side. Photo credit: Meghan Rooney

Some sites looked so uninhabitable, I almost felt it was a wasted effort to set and place a trap and return to check it the next day. Yet more often than not, I would pull up the trap and find 2 to over 100 stickleback.

Stickleback are tough little fish, and they were the most common species we observed in these waterways for a reason! They can handle the low dissolved oxygen conditions that are common in many of these waterways in the summer months.

Juvenile salmon were few and far between

We would get so excited when we pulled up a trap and it had something other than stickleback and sculpins in it (unless it was invasive, of course). Out of roughly 70 waterways we visited this summer, we found salmon at only five sites. Unsurprisingly, the waterways where we found salmon either had an active streamkeeper group, had a hatchery, or were in waterways that flow through a nature reserve. 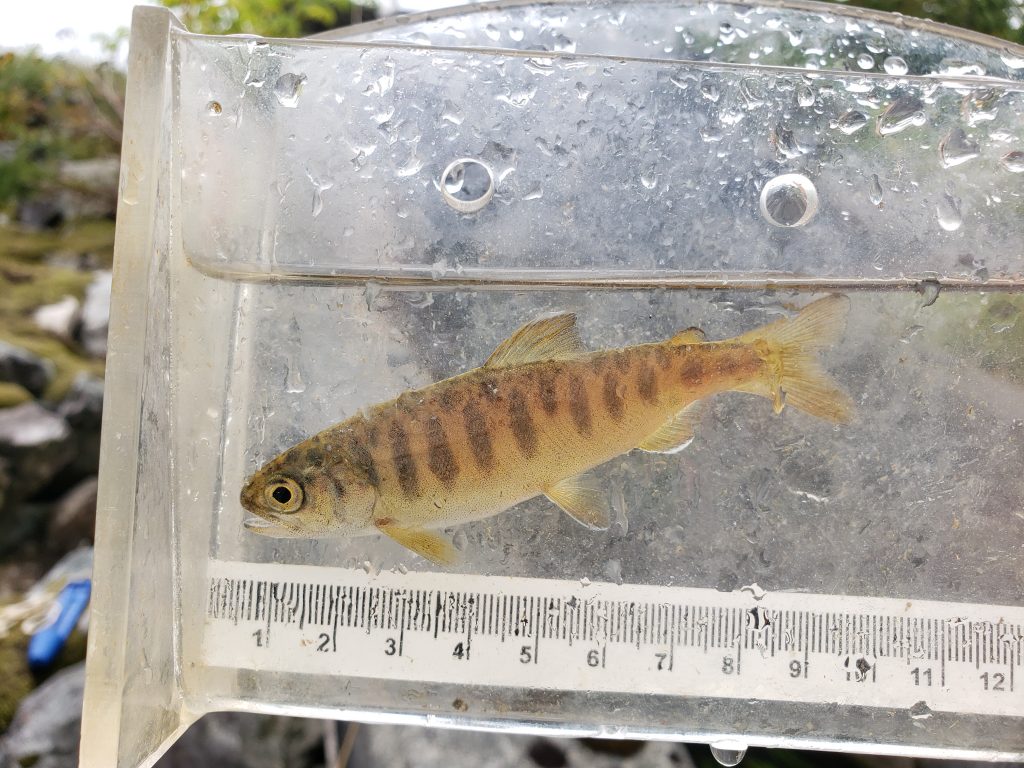 A couple of fast salmon facts:

Get out and explore! 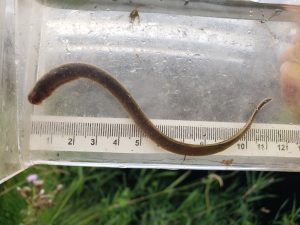 This little lamprey was found in Langley in a waterway surrounded by industrial activity. Photo credit: Meghan Rooney

Many of the sites I visited this summer are on dikes that also serve as public walking trails. I really recommend going out and walking the dikes along the Fraser, Pitt, and Alouette Rivers, when you get the chance. It’s truly beautiful and you might just get to see something new. Over the summer, I saw many species that I have not seen before, including a lamprey, green heron, a bittern, and a wandering garter snake. 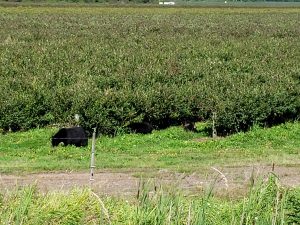 Safe distances make for poor quality photos but here is mom and cubs in the fields near Deboville Slough in Port Coquitlam. Photo credit: Meghan Rooney

One day, near the end of the summer, I was about to stick a probe in the water at one of our Pitt Meadows sites, when I heard a splash. Out from behind a blackberry bush, I see a black bear’s big head move slowly through the water and then pause in the middle of the channel. I was on a popular walking trail and the bear had zero interest in me, but I was probably less than 30 feet away, which is too close! So I hopped on my bike and headed off without finishing my sampling. The next day while sampling near Deboville Slough in Port Coquitlam, I was lucky enough to spot a mother bear with her two cubs- this time from a much more comfortable distance.

Who would be the real winners here?

When visiting these little waterways, I would picture what they would look if efforts were made to improve them for salmon, by replacing outdated flood control infrastructure with fish-friendly alternatives and by improving water quality and wildlife habitat with restoration efforts.

Making these efforts would not just benefit salmon. They would also improve habitat for other species, increasing opportunities for wildlife viewing, fishing and Indigenous cultural practices. Some waterways could provide urban locations to go kayaking or canoeing if invasive vegetation is removed and water quality is improved. Improving streams and adjacent habitat also works towards increasing the ability of the land to absorb water- reducing flood risk. So to me, it sounds like the ones who have the most to benefit from improving these waterways, is us.

Join our volunteer newsletter list to hear about volunteer opportunities (including stickleback counting).