2022 marks steady progress toward getting fish farms off the B.C. coast 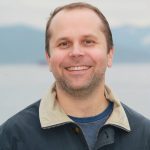 Looking back at 2022, we made solid progress on the factory fish farm front. All federal fish farm licences were set to expire on June 30. In past years, the public was largely unaware of factory fish farm federal licence expiry dates. This time, we collaborated with our allies to make it a very public issue that the federal government had to respond to. Our supporters sent thousands of emails and made hundreds of phone calls to the Minister of Fisheries, urging her to protect wild salmon from fish feedlots.

In June, 17 salmon farm licences in the Discovery Islands were not renewed, upholding the wishes of the First Nations who wanted those farms gone from their territories. This was a huge win for wild salmon, because the Discovery Islands form a critical migration corridor used by vulnerable young salmon from the Fraser River and other south coast rivers as they make their way to the open North Pacific Ocean. The young wild fish had no choice but to swim through the harmful viruses, parasites and bacteria spewing forth from the salmon farms. Now their migration route is clear and we saw a dramatic drop this summer in the numbers of parasitic lice on young wild salmon around the former farm sites.

Due to an unfavourable industry-led legal challenge, the minister continued consultations with the companies operating there throughout the year. She is poised to make a final decision on their fate in January 2023. The rest of B.C.’s salmon farms were downgraded to two-year licences (instead of six), which is a shot across the bow of the industry, hopefully setting the stage for their ultimate removal.

More good news hit the stands in November when Washington State announced open net-pen salmon farms are banned “forever” from state waters, making B.C. the only place on the west coast of North America where this harmful practice will continue. The following week the shíshálh First Nation announced all Grieg Seafood salmon farms must be decommissioned in the lower Sunshine Coast region. These were huge back-to-back blows to the fish farm industry on the west coast.

In addition, local wild fish defenders near Powell River sent us a shocking video of a fish farm’s styrofoam littering the shores of Lois Lake. We broadcast the images across our social media feeds to ramp up the pressure, which resulted in their “sustainable” seafood certification being down-graded by Ocean Wise.

We’ve made a ton of progress removing salmon farms from this coast over the last few years, but there’s still more work to be done. In 2023, the feds will table their plan to transition salmon farms from British Columbia. Through investigative work, I recently uncovered federal documents that we shared with The Narwhal that show aquaculture management bureaucrats in DFO have been watering down the promise to transition B.C. from open net-pens.

In 2023, we will continue the fight to get fish farms out of B.C.’s waters, but we must acknowledge that after so many years we are finally winning! It’s time to pat our allies, our supporters and ourselves on the back for a job well done and rest up for next year’s push to get the rest of the factory fish farms off our coast.