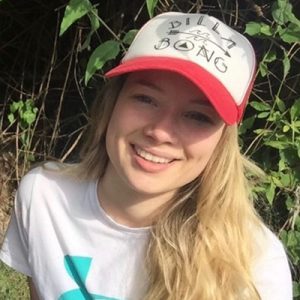 In my early childhood, my family lived near the Stanley Park seawall. I don’t remember the first time I visited, but my dad tells me we would traverse it often, claiming he was the first person to run it with a jogging stroller and that he ignited the trend.

When I landed my first job at the Third Beach concession stand as a teenager, I cycled the seaside path most days, unable to resist breaking the no-cycling rule, only switching to the road when enough people hassled me.

Today, a walk along the seawall is an opportunity to connect with the nature that surrounds our busy city. I love being so close to the sea, watching the gulls play and feel the wind in my hair. Even just a few months ago, I never would have imagined the seawall could be harming the shoreline ecosystem.

Breaking ground in 1917, the seawall was built to protect the sandstone cliffs of Stanley Park from water erosion. Over time, it developed into the world’s longest uninterrupted waterfront pathway, a Vancouver tourist magnet and a relic of twentieth century “grey infrastructure.”

Grey infrastructure is a term for structures like seawalls, dams, dikes and culverts, which are often made of concrete and steel or ‘grey material,’ engineered to tackle an immediate problem.

Unfortunately, this single-minded approach often has unintended consequences. The Stanley Park seawall was built to guard the area’s sandstone cliffs from erosion. However, other environmental processes, such as the needs of the intertidal zone in front of the seawall, were not considered. As a result, the concrete barrier accelerates wave erosion to this important zone where crustaceans and forage fish live and where ducks and geese feed on the sea grasses.

Designing infrastructure that works with, not against, natural processes is often termed nature-based solutions. When ecosystems are healthy, they can often provide us with some of the benefits and services we build grey infrastructure to address. At its current height, the seawall is not tall enough to withstand rising tides and stronger, more frequent storms we expect to experience with global warming. One nature-based solution to address both these concerns, while continuing to provide protection from cliff erosion, has been proposed by UBC masters student Ali Canning. Replacing the concrete wall with a networked system of elevated trails, sand dunes, tidal ponds and marsh boardwalks would incorporate the natural marine habitat and its ability to withstand extreme weather, mitigating high repair costs for damage to the concrete seawall.

In 2017, Seattle replaced its concrete seawalk with a nature-based design. Engineered with hidden surfaces, glass bricks and cobbled shelves, Seattle’s seawall was built to enhance the natural ecosystem and support ecosystem services, such as algae growth and salmon migration, while protecting the city’s infrastructure and preventing erosion.

In and around the Fraser River floodplain, the story and potential solutions are similar. After two large and devastating floods in 1894 and 1948, a network of dikes, flood boxes and pump stations were constructed to protect communities from flooding. This grey infrastructure was built to solve one problem, but it created a multitude of others. Disconnecting side channels, tributaries, and sloughs from the mainstem of the Fraser blocked migrating salmon from accessing hundreds of kilometers of critical nursery habitat, and hindered the natural floodplain function of these areas. By replacing these structures with nature-based solutions — such as flood gates that open with the tide, gates that allow for the exchange of water to avoid creating dead zones and creating setback dikes to allow side channels enough room to flood safely — we can restore vital salmon habitats, reconnect parts of the floodplain and reduce the vulnerability of adjacent communities to flooding, all while supporting the recovery of Fraser River salmon.

Years have passed since Seattle replaced its grey waterfront infrastructure with nature-based solutions. In the upgraded shoreline area, researchers have reported the travelling behaviour of salmon is now more natural and consistent. Nine species of seaweed and new intervertebral species (barnacles, mussels, snails, etc.) now grow in the restored area. The variety of prey species for salmon has increased and crustaceans are reported in much higher ratios. Additionally, an increased number of juvenile salmon have been observed under the piers.

We can look to Seattle as a blueprint for how severely degraded urban habitat can be improved through nature-based solutions. Replacing Vancouver’s seawall and the Fraser River’s aging and outdated flood infrastructure is an opportunity to witness the resiliency of nature, and much more. Nature-based solutions will help wildlife flourish, increase recreational spaces, create eco-tourism opportunities and generally improve quality of life for all who live and work nearby.