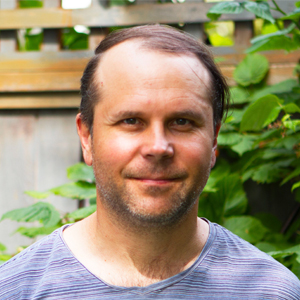 On July 29, ahead of the B.C. Day long weekend, DFO released a framework to guide B.C.’s transition away from open net-pen salmon farms. If you’ve read the document, you could be excused for thinking they chose to quietly release it when they thought most people would not be paying attention.

One step forward, two steps back

The framework document reads as another step back by DFO on their promise to transition from open net-pens and muddies the waters on what a transition plan will actually look like. The best outcome for wild salmon is for a plan to completely eliminate the risks posed by fish farms and their pathogens by shifting to land-based closed containment systems. But this document lists a series of approaches and proposed alternatives that will continue to threaten wild salmon and delay the transition from open net-pens.

Much of the document is spent expounding on the importance of the aquaculture industry in B.C. while failing to devote the same focus to the importance of wild fish. For example, it references the aquaculture industry in B.C. directly employs 1,650 people but fails to mention the nearly 5,000 jobs in the province tied to the harvest of wild fish. The document also highlights the economic importance of aquaculture to First Nations communities but again, fails to give the same level of attention to the cultural and economic importance of wild salmon to Indigenous Peoples. The document also states several times that Canadians have polarizing views on fish farms, before eventually acknowledging that the majority of Canadians actually ‘view open-net pen aquaculture as a risk to wild salmon and the environment.’

While the document highlights land-based closed containment as one avenue to ‘minimize and eliminate interactions between cultured and wild salmon,’ other methods suggested include continuing the use of marine-based systems.

To date, there are no examples we are aware of where marine-based technologies have been successful. A marine-based closed containment system by AgriMarine failed back in 2012 and a trial using semi-closed containment systems (which are essentially tarps draped around the net pens) failed last year. Other methods proposed still involve open net-pens but suggest minimizing the amount of time farmed fish are in the ocean by raising them for longer in land-based systems or being more ‘strategic’ with their placement to reduce interactions with wild fish. These suggested changes to management regimes have been brought up repeatedly over the last several decades but never implemented — and will just serve to delay the transition to land-based systems. The document also repeatedly mentions the need to ensure investor confidence and that investment in innovation will drive this transition plan, which brings us to our next concern, a lack of timelines.

While the document lays out a timeline for when the transition plan will be completed by (June 2023), nowhere in the document is there any indication of when the transition should be fully implemented. The proposed approaches, which mostly hinge on the development of new, innovative technology to reduce the impacts to wild salmon and the environment, could take decades to develop. It also suggests the need for more monitoring and studies that will also prolong the transition period. As Fraser River salmon stocks continue to decline, we do not have decades to deal with the threats posed to wild salmon by factory fish farms.

A secondary objective in the transition plan is the need to build trust and transparency to ensure ‘Canadians have confidence in management of aquaculture.’ Many Canadians simply do not trust the actions, reports or science by DFO when it comes to factory fish farms. And fair enough. It’s hard to trust a ministry with the conflicting roles of both supporting the salmon aquaculture industry and protecting wild fish, especially given DFO’s record of subverting science.

Public engagement on this transition plan opens soon, so stay tuned. We will keep our supporters informed of opportunities to raise our voices to ensure the federal government keeps its promise to transition from open net pen farms.