Stan Proboszcz: Is a parasite crisis on the horizon? 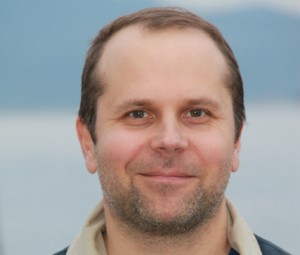 With the wild juvenile salmon outmigration just a month away, parasite levels are high right now (Feb. 2, 2022) on at least 10 British Columbia salmon farms. After March 1, the start date for the outmigration period identified by Fisheries and Oceans Canada (DFO), each factory farm must keep their average parasite level below three salmon lice per farm fish. (See the table below for a list of farms already over this threshold.)

To be clear, Mowi and Cermaq still have until March 1 to get their parasite levels below three per fish to avoid a breach of their conditions of licence and to reduce the chance of infecting wild juvenile salmon as they swim past the farms. However, we’ve seen this slow-motion train wreck play out before.

The longstanding pesticide used by the industry (known as SLICE) to control salmon lice has become unreliable. Salmon lice in B.C. have become resistant to the drug. Now the companies must fall back on a limited capacity of boats and barges that use various methods to control farm parasites. The effectiveness of these boats and barges and exactly how they operate is largely unknown because the industry is very secretive. And a small section of DFO known as the Aquaculture Management Branch is allowing this to happen.

You might ask: “what repercussions does a factory fish farm face if they go over the three parasite threshold after March 1?”

We have never heard of any fine being levied on a salmon farm company for breaching this condition of licence. Imagine what our roads and highways would be like if all drivers knew they would never be fined for speeding, even if they were pulled over by police.

Take action here to urge the federal government to fine factory fish farms if they go over the three parasite limit.

In Quatsino Sound, on the rugged northwest coast of Vancouver Island, the lice levels are high and the Aqua Tromoy has worked overtime in an attempt to clean-up their farmed salmon. Mowi has other farms with increasing lice loads and this boat can’t be in two places at the same time. Therein lies just one of the problems with louse control.

Here’s the good news. We know that public awareness of bad fish farm behaviour can lead to pressure, improvement and solutions. We need to get this story out there and keep on this industry and continue to make them a political liability for any government to support.

There are a few bad apples in the Aquaculture Management department of DFO that need to step up and do their job. They need to hand out fines NOW for salmon farms that breach the parasite limit. No more excuses. (Note: It is debatable whether the three salmon louse limit will actually protect wild salmon; however, if the industry faced steep fines for exceeding this limit, we believe it would motivate them to do a better job to protect wild fish.)

Table 1. – Recent industry reported parasite levels at salmon farms that are above 3 salmon lice threshold as of Feb. 2, 2022.