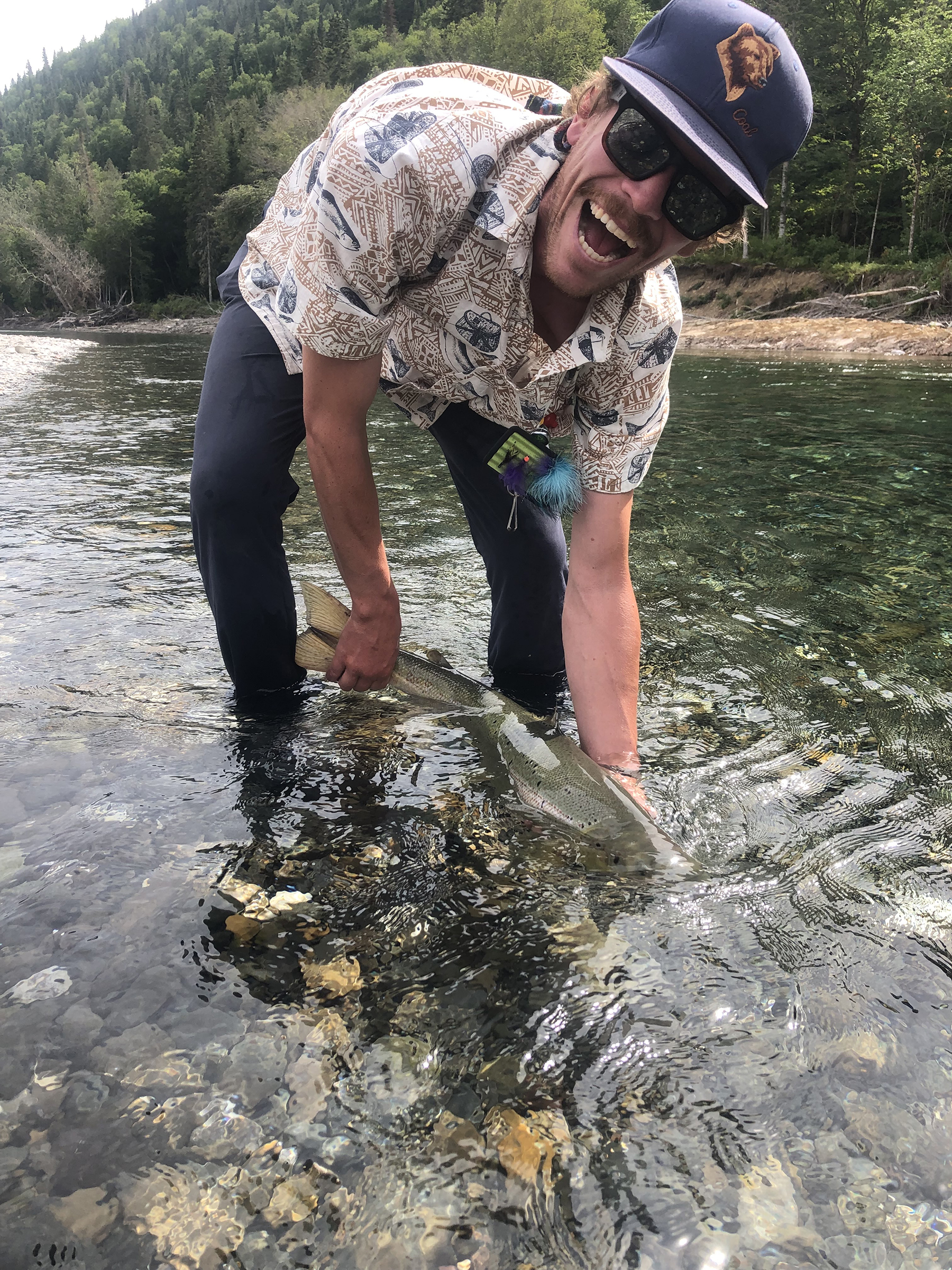 Laurent moved to B.C. six years ago from out east. He loves to fish, and when he moved to Terrace, he got into Pacific salmon fishing.

After some time in Terrace, he moved to Revelstoke. With fishing on his mind, he started to research what happened to the salmon in the Columbia River, and was troubled by what he found.

The Columbia Basin, an area that includes parts of Idaho, Oregon, Washington, Montana and British Columbia, once produced between 10 and 16 million salmon per year. The return is now 2 per cent of that by some estimates, with 13 species of Columbia salmon and steelhead trout listed as threatened or endangered.

The Columbia River has been extensively blocked by dams which have blocked wild salmon from their migration routes and contributed to their steep decline. Laurent noticed that many people in his new hometown didn’t seem to know about what had happened to their river system, which inspired him to organize a documentary film night.

“I drive through Kelowna’s  Steelhead Park, which has no steelhead, and read about the Federal government’s decision not to protect Thompson and Chilcotin steelhead and, to be honest, I  was fueled by frustration.

“Many people I spoke to did not even know the Columbia used to be one of the best salmon rivers. With the federal election coming I thought people should know, especially with the Columbia River treaty up for renewal in three years.”

The Columbia River Treaty is a 50 year treaty between Canada and the United States that aims to coordinate flood control and hydroelectricity on both sides of the border. Both First Nations governance and salmon are not considered in the current version of the treaty.

The fundraiser, Wild Salmon Film Night, was held at Revelstoke’s Performing Arts Centre. Laurent screened Patagonia’s Artifishal and Heart of the Fraser, by BCIT’s Ken Ashley, and by NERV Productions.

“The night was really successful with almost 100 people attending. People really enjoyed the evening and were more aware of the situation facing wild salmon after. Actually, I think a lot of people were a bit shocked to learn about the impacts of fish farms and all the pressures salmon face.”

Wild Salmon Film Night was Laurent’s first fundraising event and he said that with the support of the venue, a small grant from Patagonia, and the added support of Wearabouts Clothing Co, a local business, it wasn’t too hard to pull off.

“If you want to organize a fundraising event like this, I say give it a go. I made sure I could cover the cost of the event with the support from Patagonia and Wearabouts Clothing Co,  and once I had that , I was just volunteering my time. If I can do it, anyone can do it.”

Laurent says he chose to raise money for Watershed Watch Salmon Society because he is impressed with our work.

“I wanted to support a British Columbia- based organization working for B.C. wild salmon. In my opinion, solving the issues we face require political intervention and Watershed Watch is doing great advocacy work for wild salmon.

“I can’t imagine B.C, without wild salmon runs. We have to do something now, before it’s too late.”

Are you interested in fundraising to support our work? Although COVID-19 has curtailed events like film nights for the time being, some of our volunteers have taken on digital fundraising using social media. Check out our Facebook fundraiser toolkit if you want to get involved, or reach out to Anna at info@watershedwatch.ca for more information.