Where do the federal parties stand on B.C. salmon farms? 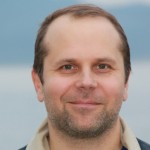 Before the announcement of the election, B.C. was making serious headway in removing factory fish farms from our coastal waters. First Nations in the Broughton Archipelago have already removed six factory farms in their territory and 11 more will be gone by 2023. All 19 factory farms in the Discovery Islands are scheduled to be removed by June 2022, when their licences expire. The current federal government also committed to transition from open net-pen salmon farms in B.C. coastal waters by 2025.  These accomplishments and commitments mean that young wild salmon are being exposed to fewer and fewer parasites and viruses from salmon farms.

However, with the announcement of the election and the possibility of a new government leading the show, things could change.

First the good news. We think it would be very difficult for any new government to halt or reverse the removal of farms in the Broughton Archipelago. There’s too much momentum behind this and I suspect the ‘Namgis, Kwikwasut’inuxw Haxwa’mis and Mamalilikulla First Nations would not be happy.

The removal of farms from the Discovery Islands on the other hand, may be more at risk with a change in government. The Conservative platform states:

“Maintain the decision to remove salmon farms from the Discovery Islands, but model the transition after the process that has been undertaken in the Broughton Archipelago to be more respectful of local First Nations, communities, and workers.”

Although this sounds like a good change to the Discovery Islands decision, it’s important to note the current government already consulted with local First Nations before the decision. Those consultations may not have been ideal or fulsome from everyone’s perspective, but some consultations were conducted. I know because I was there in support of First Nations at some of the discussions. More discussions could delay the current plan to remove all of the Discovery Islands farms by June 2022.

The Conservative platform also does not mention upholding the current commitment to transitioning open-net salmon farms out of B.C. by 2025 (or any other date).

As for the Liberal platform, not much is mentioned about salmon; however, they do commit to the Pacific Salmon Strategy:

The strategy is referenced in the 2021 federal budget and detailed on DFO’s website. However, salmon farm removal is not mentioned in the Pacific Salmon Strategy, making it unclear whether the Liberal party is committed to following through on their previous commitment to removing open-net salmon farms by 2025. (It should be noted that removing salmon farms by 2025 is mentioned elsewhere in the 2021 federal budget.)

“We will fully implement the recommendations of the Cohen Commission and work with the province of British Columbia and First Nations to support the transition to land-based closed-containment systems.”

However, no timeline is specified.

The federal Green party platform includes a similar commitment, along with a timeline:

“work with Indigenous and provincial governments to phase out open net-pen finfish aquaculture in Pacific waters by 2025 and all Canadian waters by 2030; support a just transition of impacted workers, and incentivize the move to land-based closed containment facilities.”

Finally, a candidate pledge-tracker from our friends at Wild First shows you exactly which candidates in B.C. have committed to removing open net-pen salmon farms from B.C. waters and transitioning the industry to closed containment by 2025. At the time I wrote this, several (but not all) candidates from the Liberals, NDP and Greens have signed the pledge, and only one Conservative candidate has signed it.

It is refreshing to see wild salmon mentioned in all the federal platforms, though part of the reasoning is that many populations are in trouble. Whatever government is elected on September 20th, we do hope they make protecting and rebuilding wild salmon a priority.

As always with an election in Canada, it’s up to us. Get out there, ask your candidates where they stand on the issues that matter and schedule time to vote. You can also urge all the party leaders to take a strong stand on fish farms here.