CodeBlue BC: You voted for watershed security. What’s next? 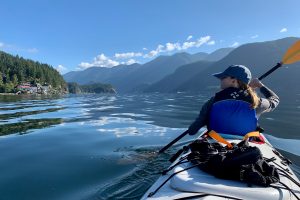 All across the province, communities face water insecurity. There have been water shortages on Vancouver Island, flood evacuations in Cache Creek, Grand Forks, and Williams Lake, and boil water advisories for Prince Rupert, Peachland and Kelowna. On top of all this, we had the lowest return of Fraser River sockeye on record.

Watershed security means safe, clean, reliable water sources for all communities in B.C. and thanks to the efforts of our many supporters who have joined the CodeBlue BC campaign, writing letters and making calls, our candidates knew clean, fresh water is top of mind for British Columbians.

Watershed security was highlighted in all party platforms, and now that we have a new majority government, we need to ensure that platform promises made during the election result in tangible change.

The NDP had three main points in their platform relating to watershed security:

These platform promises touch on many of the issues British Columbians have raised through the CodeBlue BC campaign, and are backed by a $27 million fund for watershed restoration projects.

What these promises lack is clear support for more local control of watersheds and independent oversight. Local control, when provided with the resources to operate effectively, means that those most impacted by decisions in their watersheds can have a say in how they are managed. Independent oversight would provide British Columbians with the assurance that the government is following their own recommendations for watershed security.

Premier John Horgan will soon release mandate letters to his appointed ministers, outlining what they need to accomplish over the next term. We need to keep the pressure on to make sure that the promises made in the NDP party platform regarding watershed security make it into these mandate letters. If you support watershed security in B.C., please call and leave a message for Premier Horgan asking for him to stand by his party’s promise to protect B.C.’s watersheds.