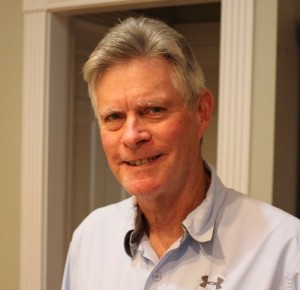 While Vancouver may be known as Hollywood North, the title once belonged to the Coquitlam River. As many watershed residents still recall, John Wayne once regularly trekked the river, inspired by its wild salmon.  Sadly, the river has been continuously degraded since the “Duke” graced its banks.

When B.C.’s first hydroelectric dam was built at the beginning of the twentieth century, no attention was paid to water flows, to salmon migration or to First Nations’ interests. The dam sliced through the hearts of its once-robust sockeye, and the people who valued them. Add gravel mines churning away in and near the river, development, pollution, overfishing, and other intensifying human pressures, and little wonder the Coquitlam spent many years on the Outdoor Recreational Council’s list of Top 10 Endangered Rivers.

Going on 20 years, the Coquitlam River has been central to the work of Watershed Watch Salmon Society.  In our initial years, we pushed to unlock static agencies and policies using NAFTA, conducted forensic audits, and initiated media exposés of hydro practices, eventually prompting BC Hydro to let citizens decide on water. Three years and nearly 70 meetings later, BC Hydro began increasing water flows  for Coquitlam River’s fish, gravel operators began cleaning up their acts, and Watershed Watch, in tandem with Kwikwetlem and others, began to restore the river’s lost sockeye.

Since flows were nearly tripled in 2005, the river is much healthier. Water quality is vastly improved thanks to enhanced vigilance and a monitoring program initiated by the City of Coquitlam.  Even so, efforts to restore sockeye have felt agonizingly slow.  The burden on those who care has been enormous.

Hopes were bolstered in April 2017 when Kwikwetlem released nearly 5000 sockeye smolts below the obstructing dam. We enjoyed another lift this year when leading fish passage consultants, R2, out of Redmond Washington, were engaged. Then in September, we hammered out a fish passage implementation plan that deploys special flow releases for smolts, and maps out physical fish passage works to improve migration.

It Takes a Village

Watershed Watch regularly engages more broadly with watershed residents concerned about the health of the Coquitlam Watershed, under the rubric of the Coquitlam River Watershed Roundtable. The Roundtable has mapped the health of “ecosystem services” in the watershed (including clean water and green space), and, importantly, has assigned each service measures of “human well-being.”

The Coquitlam Watershed now boasts the first plan of its kind in Canada, where human health and well-being emerge as a major driver in watershed protection and restoration—to the benefit of salmon and people. Watershed Watch is now engaging with developers, lawyers, City staff, and others to reduce development pressures and advance the watershed plan.

While Watershed Watch continues to take a lead role in protecting and rejuvenating the watershed, the prospects of the watershed—including its people and fish—will continue to depend on collective effort. We will continue to provide expertise, energy, and leadership, but it still takes a village to save wild salmon.

Ultimately, the efforts of Watershed Watch and others will lead to a much healthier watershed where a community and its fish thrive in a way that would please The Duke.