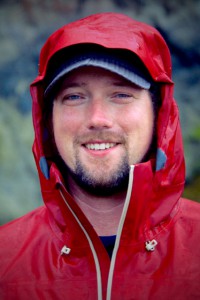 This is how extinction happens.

According to the provincial government’s latest numbers on Interior Fraser steelhead, last winter’s return was the second lowest on record, and the province has re-affirmed that these fish are of “extreme conservation concern.”

Two days later, the recovery of Fraser River steelhead was dealt a wicked blow by the federal government’s decision to not protect the Thompson and Chilcotin populations under Canada’s Species At Risk Act.

I was one of thousands of people who wrote to Fisheries Minister Jonathan Wilkinson and Environment Minister Catherine McKenna asking them to protect these magnificent and iconic fish under the law designed for exactly this purpose. Last year, a federally-mandated panel of expert scientists—known as the Committee on the Status of Endangered Wildlife in Canada (COSEWIC)—recommended the very same thing. When the email from Fisheries and Oceans Canada arrived last week, explaining why these endangered fish are not being listed under the Species at Risk Act, I was disgusted. This line was the kicker:

“The Governor in Council (GiC) has decided that not listing Thompson River and Chilcotin River Steelhead Trout under the Species at Risk Act would result in the greatest overall benefits to current and future generations of Canadians and the conservation of these wildlife species.”

That’s right: they are claiming that species at risk will fare better without the protection of  the Species At Risk Act. Clearly, our government has no intention of recovering these populations, only to hopefully oversee their persistence.

When salmon populations are deliberately managed to levels where they merely persist, as opposed to recovery as required by the Species at Risk Act, they lack the resilience to withstand abrupt habitat or ecosystem changes, as shown by the recent Big Bar slide on the Fraser River. 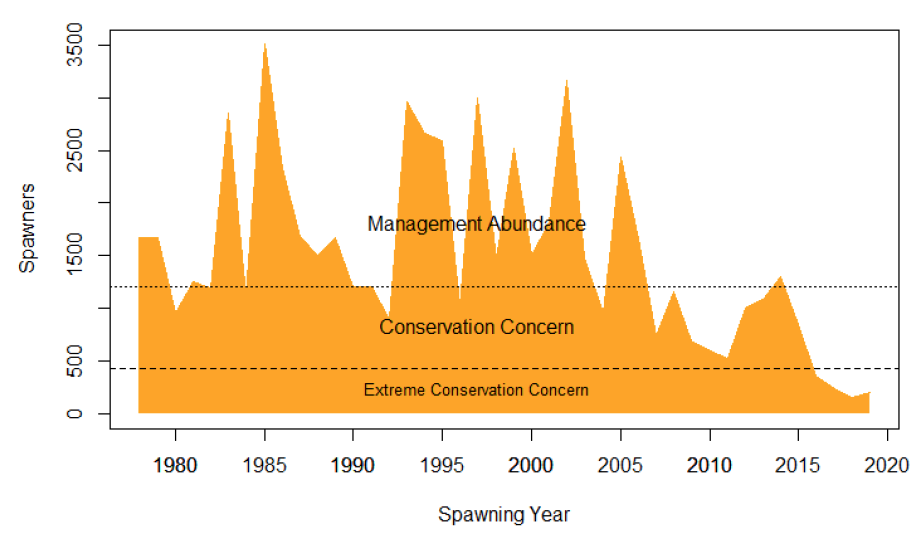 Why are at-risk marine species not being listed as species at risk?

Time after time, powerful fishing interests have convinced cabinet ministers that the impact of not being able to maintain their current fishing practices outweighs the benefits of protecting endangered fish. But these politicians have their math wrong. Polling data consistently show that British Columbians do not want their governments to let endangered salmon runs go extinct. Unfortunately, extinction of Thompson and Chilcotin River steelhead is exactly what has been served. The recovery plan offered up in lieu of protection under the Species At Risk Act is nothing more than a repackaging of the same half-measures that failed to reverse the decline of Fraser steelhead.

The entire process around this decision has been corrupt from the outset. It erupted into a public scandal back in February when a shocking letter from B.C.’s Deputy Minister of Environment to the federal Deputy Minister of Environment was leaked to media. The Deputy Minister’s letter detailed how federal bureaucrats (at DFO) altered the conclusions of a peer-reviewed scientific report on Fraser steelhead to downplay the significance of fishing as the “only substantial threat to Interior Fraser steelhead that can be immediately mitigated”, in order to “support status-quo commercial salmon harvesting.” This report was meant to be used by the federal Minister of Environment in her deliberations on whether to protect these fish under the Species At Risk Act, and the Deputy Minister’s letter explained how the doctored conclusions of the scientists’ report no longer accurately reflected what the report actually said.

Fishing vs. conservation is a red herring

Because endangered steelhead are caught as incidental bycatch in commercial and aboriginal fisheries targeting Fraser River chum salmon, this issue is being portrayed as one of fishing versus conservation. This is a false binary. There are ways to catch Fraser River chum salmon with far less impact on endangered steelhead. It involves using highly selective fishing gear and careful handling practices, along with strong monitoring and enforcement, to allow for steelhead to be released unharmed when they are encountered in the chum fisheries. Dropping the hammer by using the Species At Risk Act would have forced fishers to evolve if they wanted to keep fishing. And besides, should tens of thousands of people throughout the Fraser watershed have to say goodbye to their cherished wild steelhead runs because a relatively small number of fishers are refusing to embrace a win-win solution?

The odds may have just gotten worse, but I’m not giving up on Fraser steelhead.  Public pressure can be every bit as strong as a weak law like the Species at Risk Act. So we will keep holding government responsible for rebuilding these iconic fish and bringing fishery management into the 21st century.

And the federal government’s big cop-out on steelhead has doubled my resolve to fight for the several populations of endangered Fraser sockeye and chinook salmon also being considered for listing under the Species At Risk Act. These are higher-profile salmon runs than steelhead, and there are more of them than have ever been considered for listing at the same time. It will not be so easy for government to condemn them all to slow death in one fell swoop, especially if we stand together and demand that our leaders do their job and serve the broad public interest. Game on.

Read: Decisions not to add the Steelhead Trout populations to the List of Wildlife Species at Risk