It’s beyond a shadow of a doubt the federal government is leaving B.C. communities twisting in the wind, as foreign factory fish farms continue to operate recklessly in our coastal waters. Right now, across our province, the invisible migration is happening, wild juvenile salmon are leaving their home rivers and migrating through our coastal waterways to the open ocean. The problem is factory fish farms are in the way, spewing parasitic lice, viruses and bacteria along their migration path. 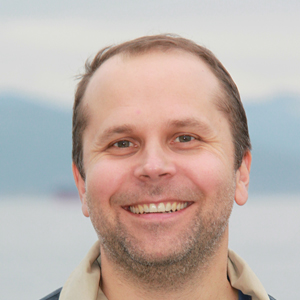 Every year, starting March 1, factory fish fish farms are supposed to control their salmon lice below three lice per farm fish. Many times since March 1, 2022, factory farms breached their responsibility and exceeded the threshold. And what have we heard the federal government do about it? Nothing.

Factory fish farms cannot control their salmon lice numbers. A new science study was recently published that reports the pesticide they feed to their fish to control lice is failing. Salmon lice are becoming resistant to it, similar to when mosquitos became resistant to DDT in the 1940s.

Viruses and bacteria are also greatly amplified by salmon farms and can spread to wild fish. Mouth rot is one of the most widespread diseases on factory fish farms and is caused by the bacterium Tenacibaculum maritimum. New evidence from federal scientists and the Pacific Salmon Foundation show detection of this disease-causing bacterium peaks in juvenile Fraser sockeye as they migrate by salmon farms in the Discovery Islands. However, this bacteria doesn’t seem to cause mouth-rot disease in Pacific salmon, it causes another disease called Tenacibaculosis.

Piscine orthoreovirus (also known as PRV) is a disease-causing virus and also common on salmon farms and amplified by them and spread to wild salmon. It poses the highest risk to B.C. Chinook and coho salmon. A University of British Columbia study concluded the salmon farming industry likely transported it to B.C. from Europe.

For anyone that follows B.C. news, factory fish farms have proven to be one the most blunder-prone, disastrous industries this province has ever seen. Here are some fish farm facts:

The B.C. farmed salmon and the salmon louse have become symbols of a rogue industry. The factory fish farm failures continue like clockwork and in 2017, the bloodwater incident attracted international media attention. Soon after, the provincial government took unprecedented swipes at the industry they tried to accept for so many years. Here’s a summary:

June 2018 – The B.C. government (led by John Horgan) first announced fish farms need agreements from local First Nations’ in order to obtain a provincial tenure licence that permits them to anchor to the seafloor. This was seen as a positive step towards reconciliation and allowed First Nations more leverage over the industry in their territory.

Dec 2018 – In collaboration with the ‘Namgis, Kwikwasutinuxw Haxwa’mis and Mamalilikulla First Nations of the Broughton Archipelago, the provincial government announced 17 fish farms would be transitioned out of the area by 2023. To date, 10 have been removed.

In this way, the provincial NDP-led government essentially tried to wash their hands of the political liability of factory fish farms. I think they’re happy to leave the responsibility of this disastrous up to two entities, the local First Nations and the federal government (because fish farms also require a federal licence to operate).

These steps taken by the provincial government really were the first hard hitting swipes at an industry that has long-been a national embarrassment for Super Natural B.C. And it never would have happened without the collaboration and persistence of the ‘Namgis, Kwikwasutinuxw Haxwa’mis and Mamalilikulla First Nations.

Then in 2019, it was the federal government’s turn:

Dec 2019 – In a federal mandate letter, Prime Minister Trudeau instructs the Minister of Fisheries to develop “a responsible plan to transition from open net-pen salmon farming in coastal British Columbia waters by 2025.”

Dec 2020 – Minister of Fisheries, Bernadette Jordan, announced that 19 salmon farms in the Discovery Islands (near Campbell River) should be removed by June 30 2022.

Although a federal court pushed aside the Minister’s decision to remove the Discovery Islands salmon farms due to the lack of procedural fairness to the industry, the new Minister, Joyce Murray, can make the same decision again.

And finally, almost all B.C. factory fish farm licences expire on June 30th, just a over a month away. The minister is going to have respond publicly about this deadline. We know she is facing fierce lobbying from the salmon feedlot industry.

She needs to hear from us loud and often. Please send your MP an email and use this simple calling tool to give the minister a call.