How much habitat will be destroyed before DFO enforces its own rules?

After recent shocking  video footage exposed off-road vehicles destroying fish habitat at Gill Bar, across from the city of Chilliwack, conservation organizations and concerned residents have been calling on Fisheries and Oceans Canada (DFO) to stop the activity and protect this area.

But even after a public backlash, this activity continues, destroying over 1000 square meters of in-stream habitat at a time when endangered salmon and sturgeon eggs were in the stream. The chances of salmon eggs surviving the repeated crush of heavy tires are zero.

Most shocking of all is DFO’s response to these ongoing infractions.  A concerned resident alerted us to a letter sent by DFO (see below) to people observed driving their trucks and ATVs through fish habitat. Unfortunately, to date, it appears no other effective action has been taken.

The protections for fish are clearly stated in the recently updated  and strengthened Fisheries Act, and under section 35(1), DFO staff are empowered to fine offenders. Instead, the letter, which could, at the very least, have been an initial warning states it is neither an “Official Warning Letter nor does it preclude any legal action.” Essentially, the letter has no discernable purpose.

DFO’s lack of action at Gill Bar exemplifies the disconnect between policy and staff actions on the ground. They are not enforcing the Fisheries Act, specifically designed to protect fish and their habitats.

Gill Bar is part of an area known as the Heart of the Fraser, an expansive region that supports unique flora and fauna and over thirty species of fish, including Pacific salmon and endangered white sturgeon. 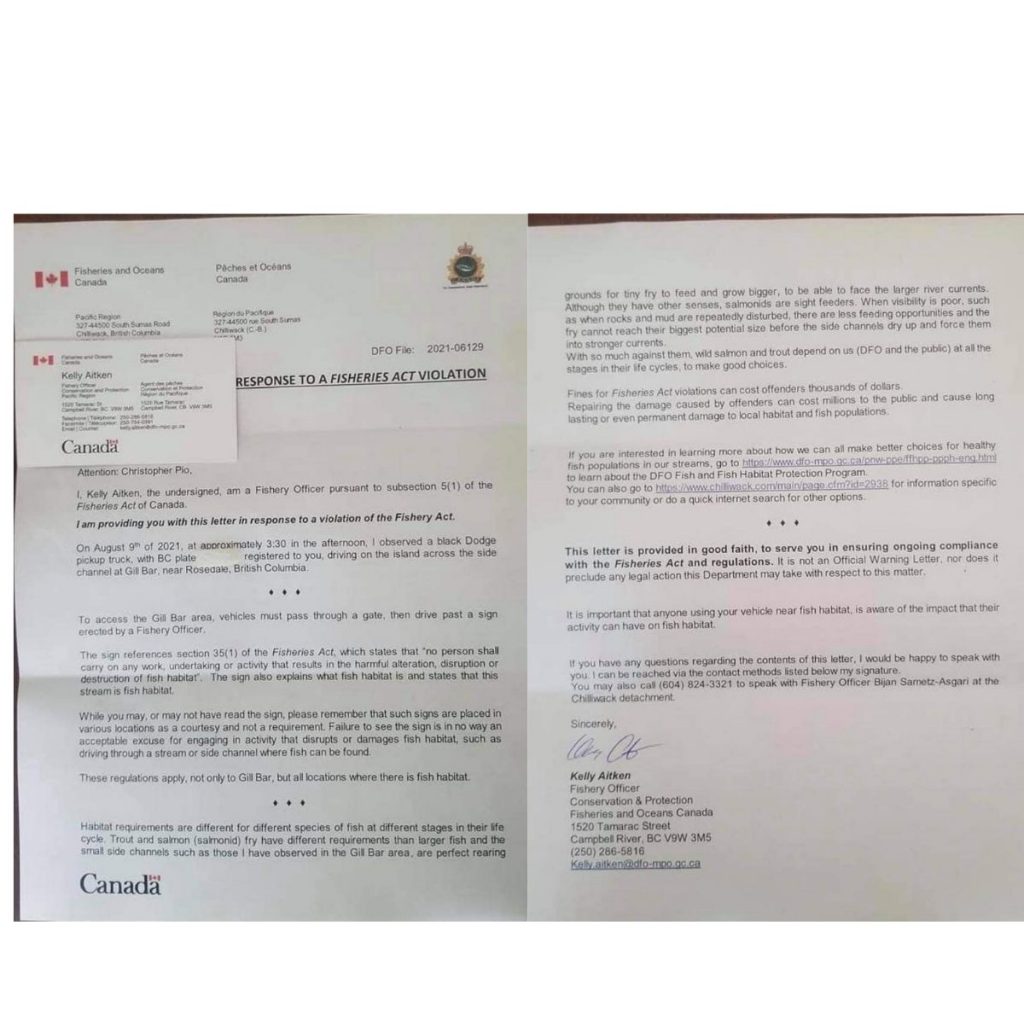